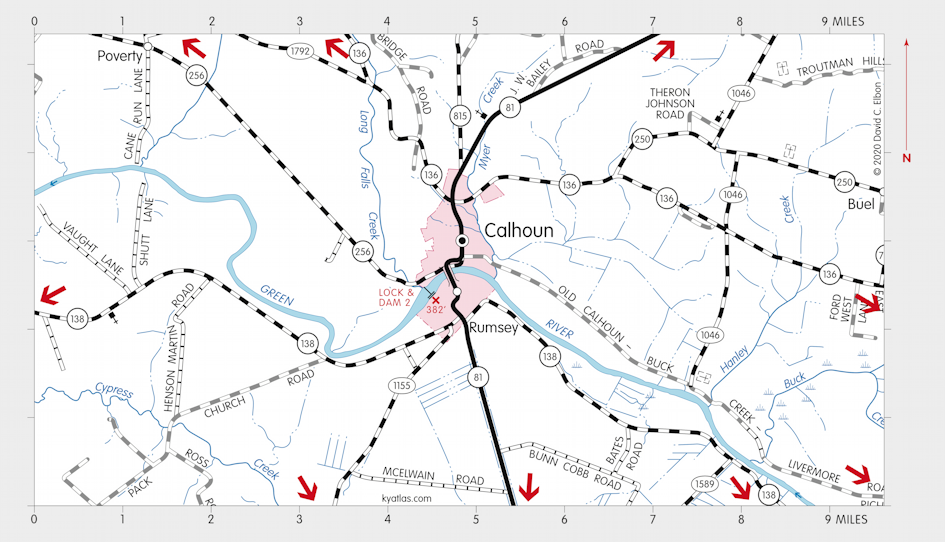 Calhoun, the seat of McLean county, is located near the center of the county on the Green River. It was established in 1785 by Henry Rhoads as Rhoadsville and was later known as Fort Vienna or Vienna Station for the fort built by his brother Solomon Rhoads. In 1849 the town was named Calhoun (or Calhoon) for Judge John Calhoun. It became the seat of McLean county when it was formed in 1854. Calhoun was incorporated in 1852. The Calhoun post office opened in 1849. The population in 2010 was 763.

The first McLean County Courthouse was built about 1854. The present structure, the third, was completed in 1908.

The original Green River Lock and Dam 2 at Calhoun was opened for traffic in 1840. It was replaced and the new facility was opened in 1956. It is operated by the United States Army Corps of Engineers. Lock and Dam 1 is downstream at Spottsville. Lock and Dam 3 is upstream at Rochester.