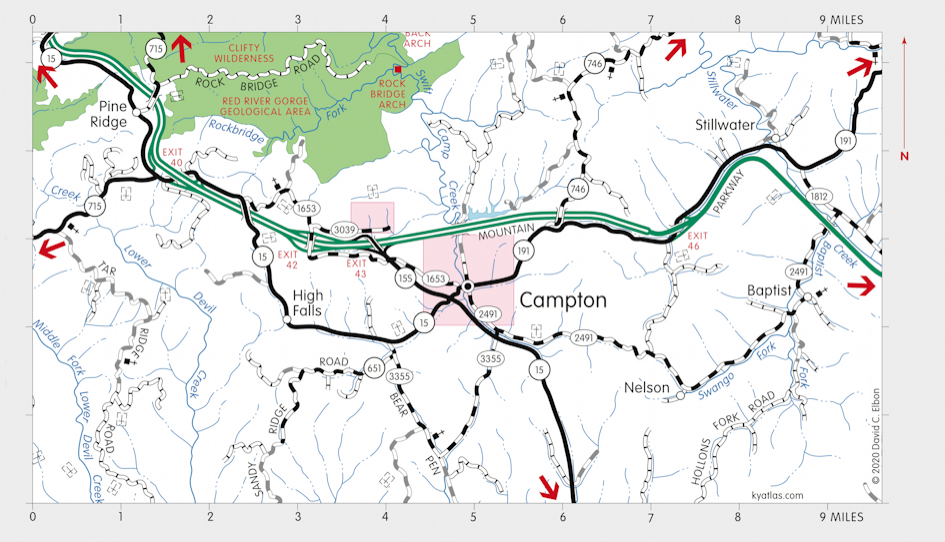 Campton, the seat of Wolfe county, was first known as Camp Town and is located on Swift Camp Creek at what is popularly thought to be the site of one of Jonathan Swift’s camps. (There are stories going back to the late eighteenth century about Swift’s lost silver mine somewhere in the area.) It was chosen as the county seat when Wolfe county was formed in 1860 and the first courthouse, built of logs, was erected at about that time. Campton is served by the Mountain Parkway and KY 15. Campton was incorporated in 1870. The Campton post office opened in 1867. The population in 2010 was 441. 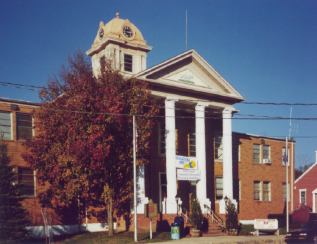 The Wolfe County Courthouse in Campton.