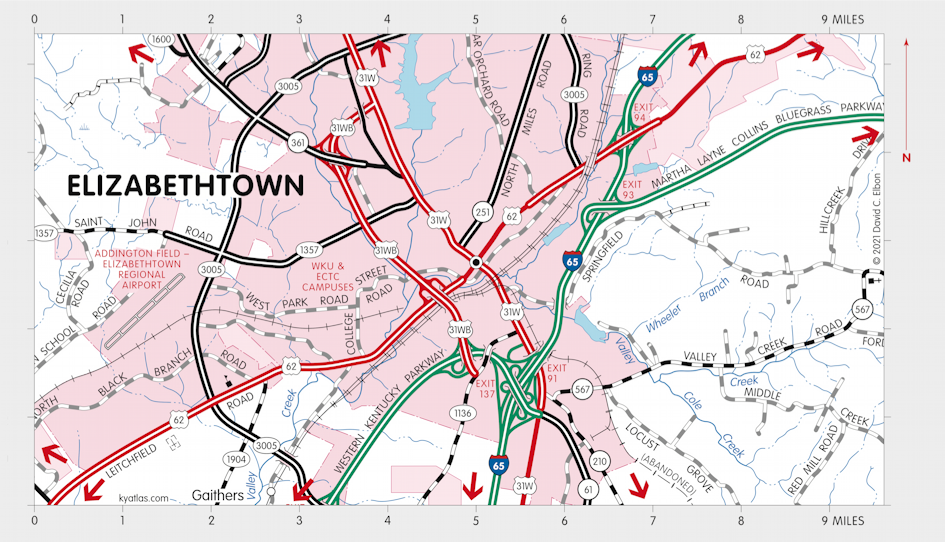 Elizabethtown, the seat of Hardin county, was founded in 1795 and named for the wife of Colonel Andrew Hynes. An earlier settlement there had been known as Severns Valley, for John Severns, a local settler and surveyor. Elizabethtown was incorporated in 1847. The post office opened in 1804 and may have first been known as Hardin Court House. The population in 2010 was 28,531.