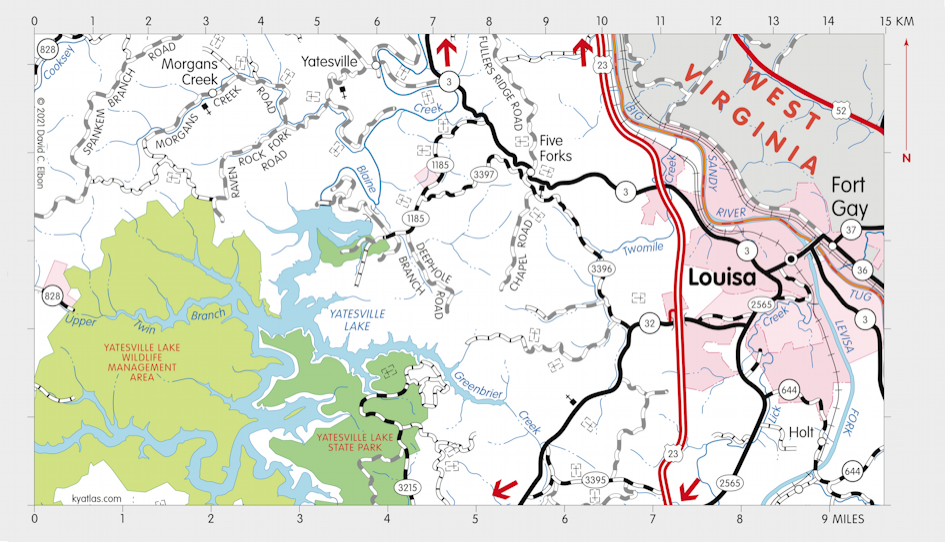 Louisa, the seat of Lawrence county, is located where the Tug and Levisa Forks of the Big Sandy River meet. Settlement was attempted in 1789 at The Point, between the forks, but it was abandoned. A settlement called Balclutha may have existed for a short time afterward west of The Point. The settlement that became Louisa began about 1815. The sources of the names are obscure. Louisa was incorporated sometime before 1869. The Forks of Big Sandy post office opened in 1819, closed soon after, and the Louisa post office opened in 1822. The population in 2010 was 2,467.