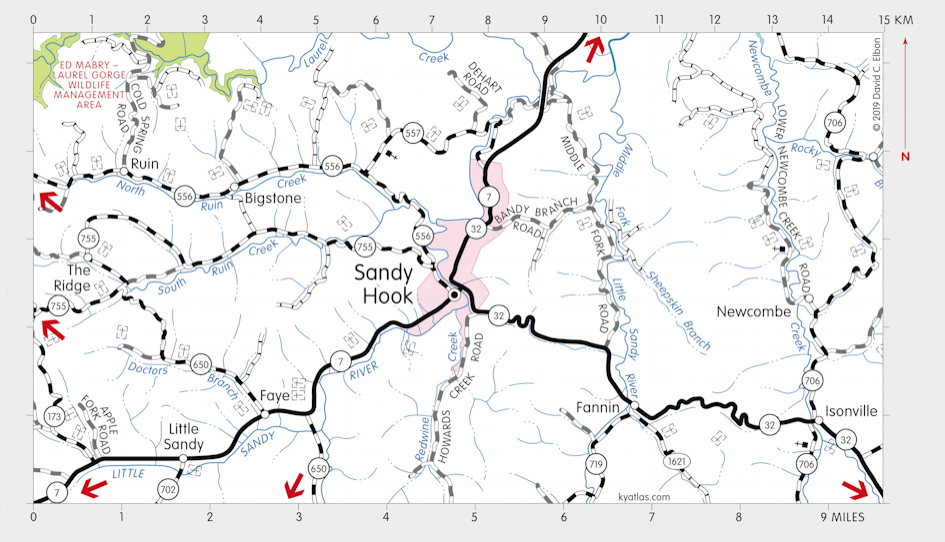 Sandy Hook, the seat of Elliott county, was established early in the nineteenth century and named for its location on a bend in the Little Sandy River. It became the seat of Elliott county after its formation in 1869. The town was renamed Martinsburg in 1872 to honor John P. Martin, but the name was already being used by another Kentucky community, so the name was changed back again. The town incorporated in 1872 as Martinsburg and as Sandy Hook in 1888. The Sandy Hook post office opened in 1874. The population in 2010 was 675.