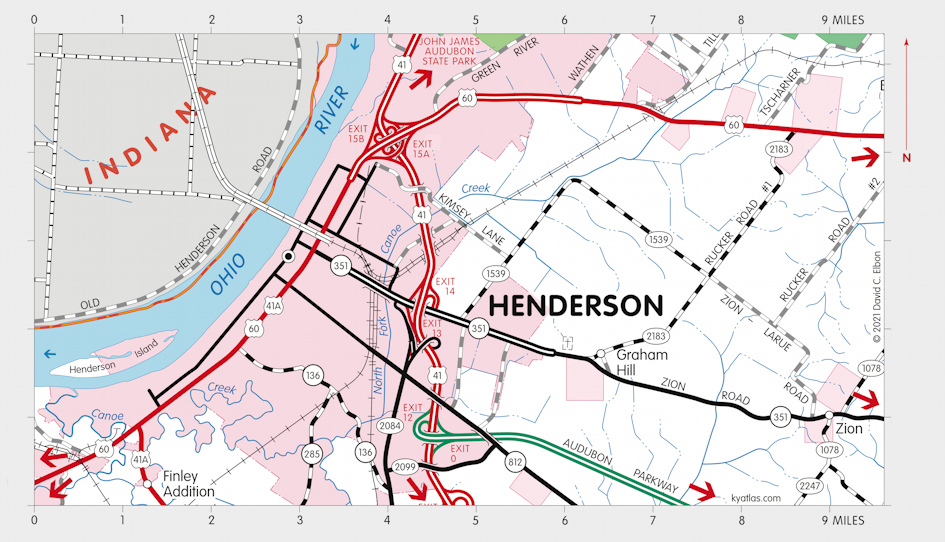 Henderson, the seat of Henderson county, was settled in the late eighteenth century as Red Banks. It 1797 the town of Henderson was laid out for the Transylvania Company and named for Colonel Richard Henderson. It is located on a bluff overlooking the Ohio River near its confluence with the Green. Henderson was incorporated in 1840. The Henderson post office opened in 1801. The population in 2010 was 28,757.

Henderson is the home of Henderson Community College.