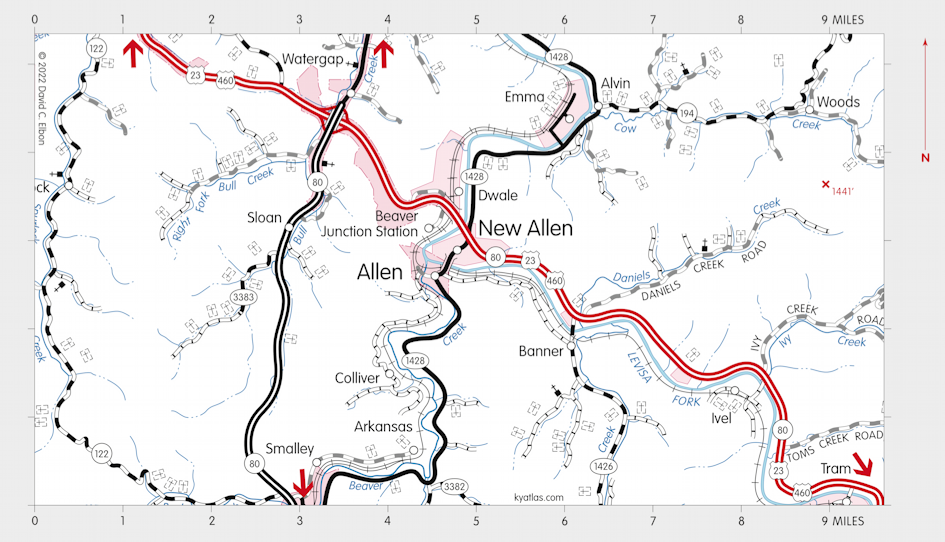 Martin is a Floyd county town about seven miles south of Prestonsburg on Beaver Creek at the mouth of Bucks Branch. It was an early twentieth century coal mining town originally known as Bucks Branch, but the name Martin was in use by about 1915, for Martin Van Allen, the local postmaster. The Bucks Branch post office opened in 1910, was renamed Smalley in 1913 for Smalley Crisp, a landowner in the area, and finally named Martin in 1926. Martin was incorporated in 1920. The population in 2010 was 634.