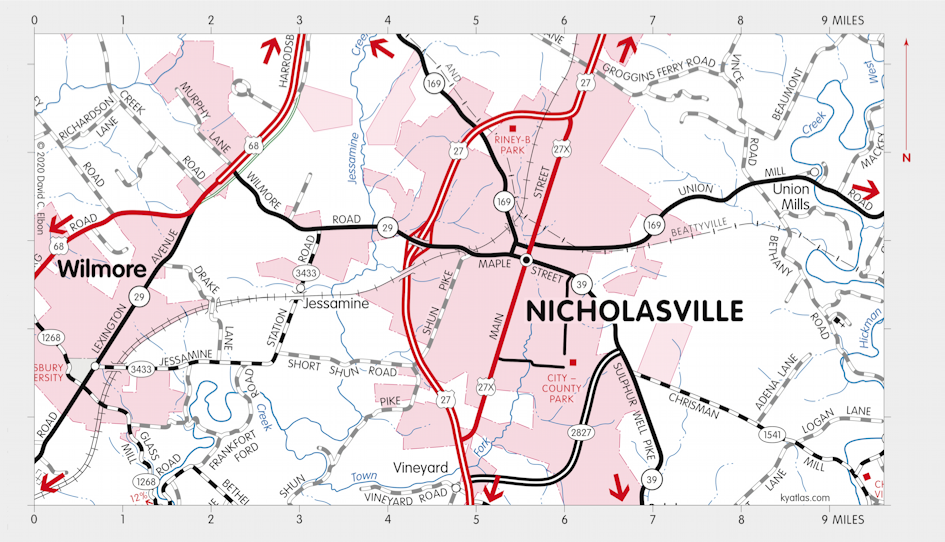 Nicholasville, the seat of Jessamine county, is located near the center of the county between Jessamine Creek and Hickman Creek. The area was settled in the late eighteenth century and Benjamin Netherland opened the Mingo Tavern there in 1793. In 1798, in preparation for the formation of the county, the town was laid out and named for George Nicholas, one of the authors of Kentucky's first constitution and the state's first attorney general. Nicholasville was chartered in 1812 and incorporated in 1837. The Nicholasville post office opened by 1806, possibly in 1801. The population in 2010 was 28,015. 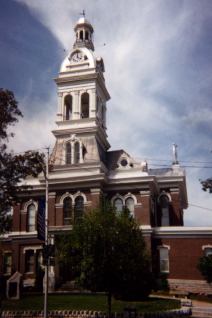 The Jessamine county courthouse in Nicholasville.