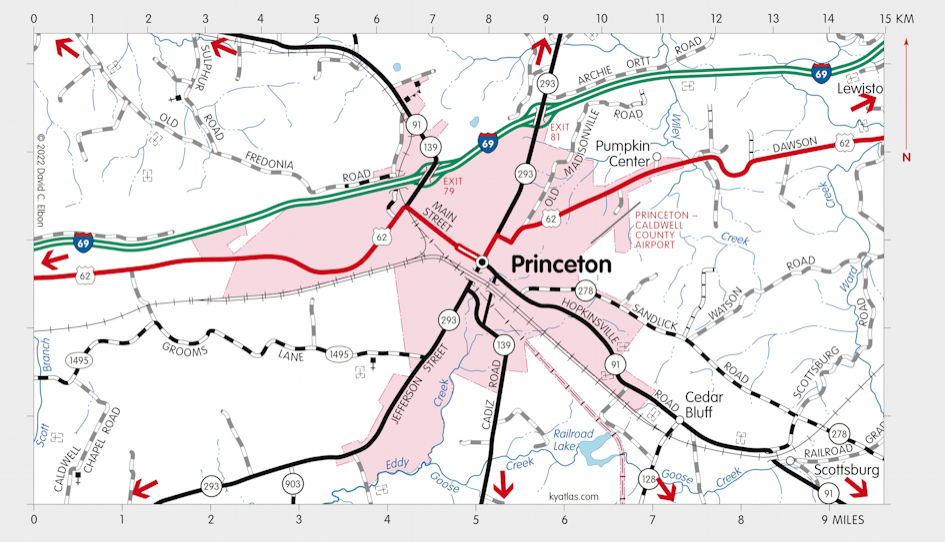 Princeton, the seat of Caldwell county, is near the springs at the head of Eddy Creek. The town was first named Eddy Grove, but was renamed Princetown in 1817 for William Prince, a local landowner who settled in the area around 1797. The name was later shortened to Princeton. The original county seat was Eddyville, now the seat of Lyon county. The Caldwell county seat was moved to Princeton in 1817. The Eddy Grove post office opened in 1805 and was renamed Princeton by the end of 1817. The population in 2010 was 6,329. 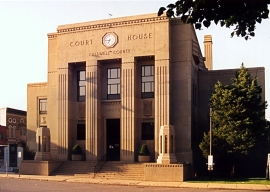 The Caldwell County Courthouse in Princeton.