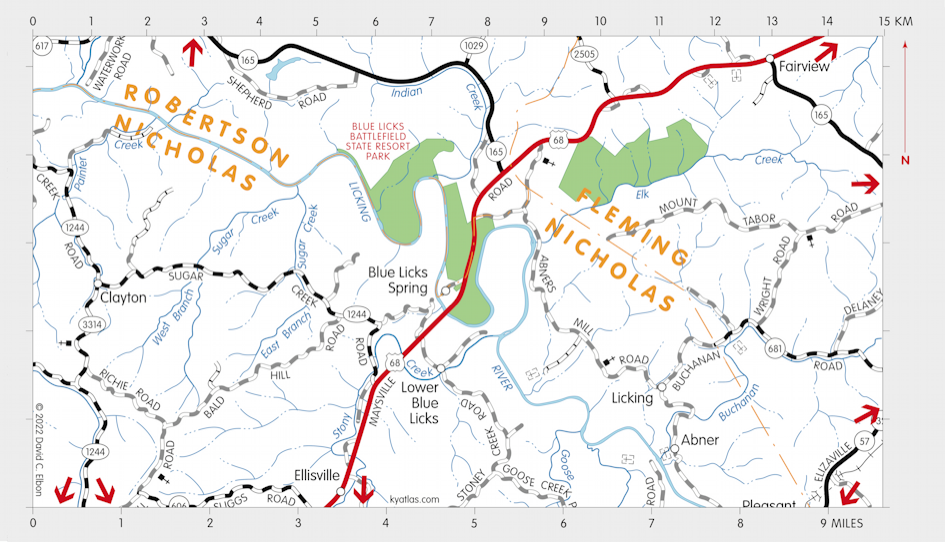 Blue Licks is in Nicholas county along the south bank of the Licking River about 10 miles north of Carlisle. The area was explored in 1773 and salt licks were discovered at what were called Upper and Lower Blue Licks. Settlement began about ten years later. The Lower Blue Licks post office opened in 1805 and operated as Blue Lick Springs from 1850 until 1919, when it closed. Blue Lick Springs was a popular spa and resort during the last half of the nineteenth century and included a 300-room hotel. 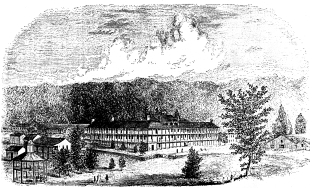 The Lower Blue Lick Springs resort from Collins' History of Kentucky. It burned in 1862.

The old bridge over the Licking at Lower Blue Licks. It is now closed to traffic.

What is often called the last battle of the American Revolution occurred below Lower Blue Licks on 19 August 1782. A group of settlers and militia, including Daniel Boone, set out from Bryan's Station near Lexington in pursuit of a much larger force of Indians and British and were ambushed after crossing the Licking River. The Blue Licks Battlefield State Resort Park now marks the spot.