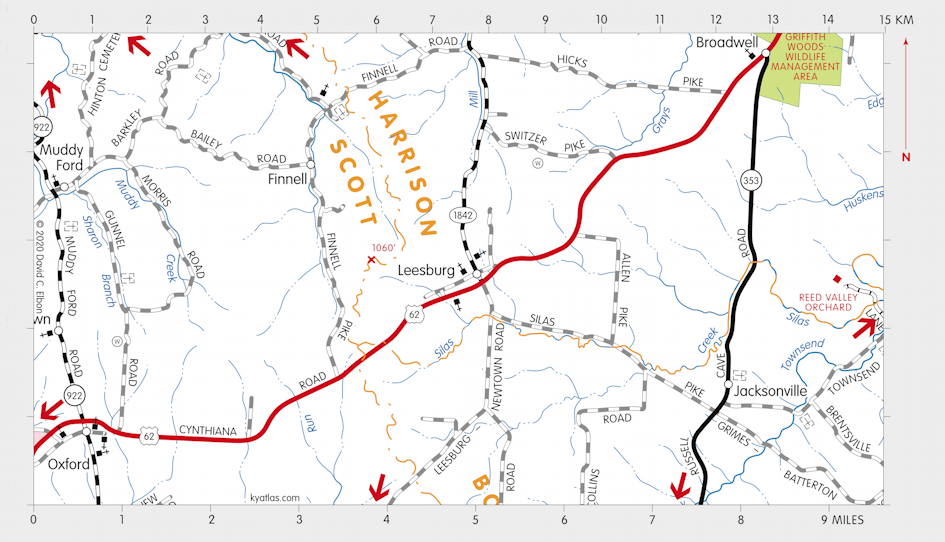 Leesburg is a Harrison county community about eight miles southwest of Cynthiana on the road to Georgetown. Settlement began in the late eighteenth century and the site was originally known as Boswell's Crossroads, for early settler W.E. Boswell. The name was changed to Leesburg in 1817, probably named for Boswell's original home of Leesburg, Virginia. The Leesburgh post office opened in 1817 and operated until 1917. The spelling was changed to Leesburg in the late nineteenth century.