Newport, one of the seats of Campbell county, is located near the confluence of the Ohio and Licking rivers. The town was founded in 1792 and named for Captain Christopher Newport, who sailed the first English ship to Jamestown in 1607. The other seat of Campbell county is Alexandria. Newport was incorporated in 1834. The Campbell Court House post office opened in 1800 and later became known as Newport. The population of Newport in 2010 was 15,273. 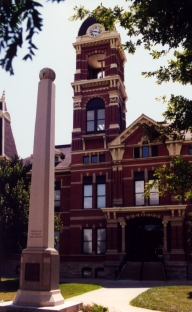 The Campbell County Courthouse in Newport was constructed in 1883.