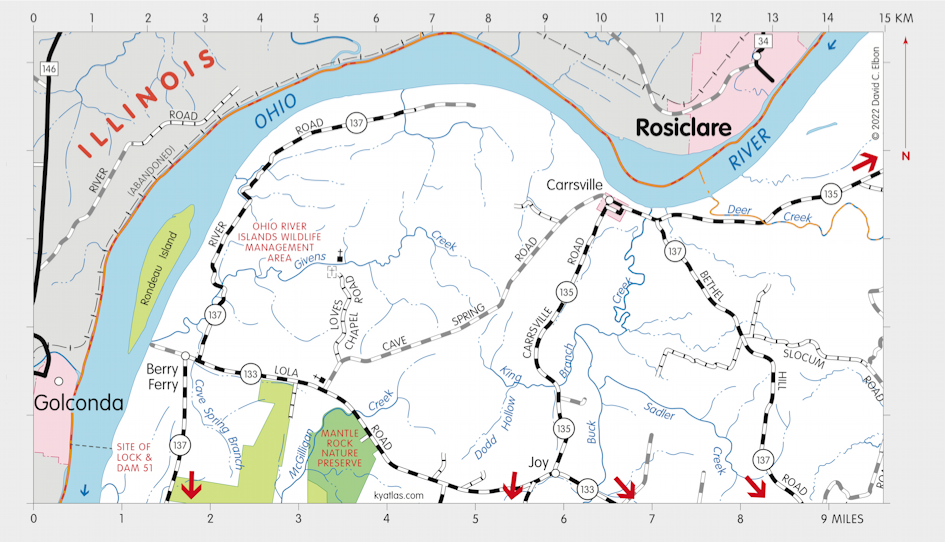 Berry Ferry was a Livingston county community on the Ohio River at the mouth of Givens Creek about 15 miles north of Smithland. It was established in the late eighteenth century and James Lusk operated a ferry there, followed by his wife, Sarah, after his death. The town of Golconda, Illinois was initially named Sarahville. The ferry was later operated by John Berry and his family. In the winter of 1837-1838 members of the Cherokee nation being forced west in the Trail of Tears were forced to camp in the area and cross to Illinois using the ferry. The ferry operated into the mid-twentieth century.

The Lusks Ferry post office opened in 1833, was renamed Berry or Berrys Ferry in 1834, and operated intermittently until 1921.