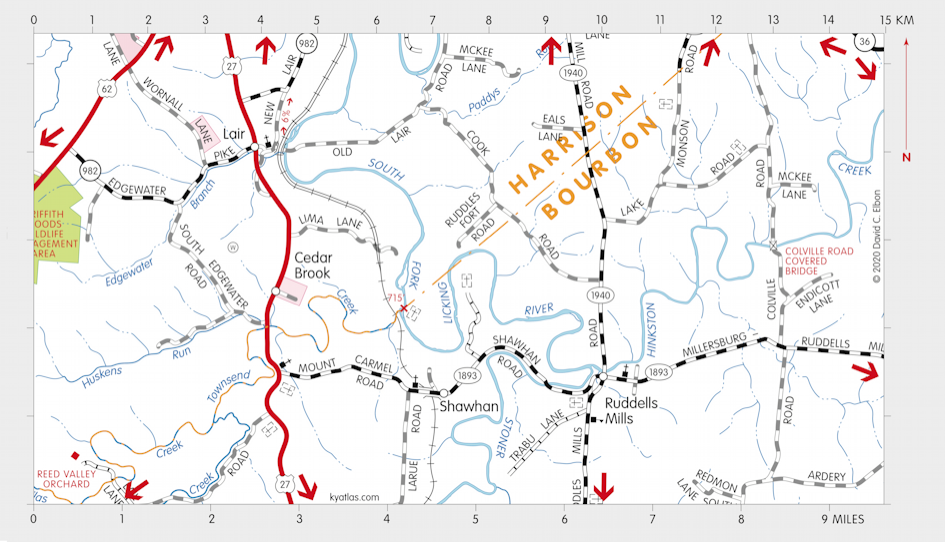 Ruddell's Station was a pioneer settlement on the South Fork of the Licking River south of what is now Cynthiana in Harrison county on the trail from McClelland's Station to Lower Blue Licks. It was settled in 1775 by John Hinkston and several families and further fortified by Simon Kenton and others in 1776. Hinkston's Station was briefly abandoned and then occupied and enlarged by Issac Ruddell and his family in 1779 seeking protection from Indian raids. British troops and Indians attacked Ruddell's Station in 1780, killing about twenty and marching the rest to Detroit as prisoners. The Ruddells were released a few years later and returned to their original home, which became the town of Ruddells Mills in Bourbon county, a few miles south of Ruddell's Station.